Edoardo Erba (born 11th March 1954) is an Italian playwright, screenwriter, novelist, stage director and university professor (Pavia University, National Academy Silvio D’Amico and Belle Arti University of Rome). He studied at Piccolo Teatro in Milan and at Pavia University, is married to the actress Maria Amelia Monti and lives with his family in Rome.

His plays have been performed at Italian festivals (including Venice Biennale, Taormina Film Fest, Montepulciano and Todi Festival) and in Italy’s most renowned theaters.

Erba has won the most prestigious awards for Italian dramaturgy (Olimpici del Teatro, Riccione, Idi, Candoni and Salerno) and the Robinson Award for his first novel Ami. 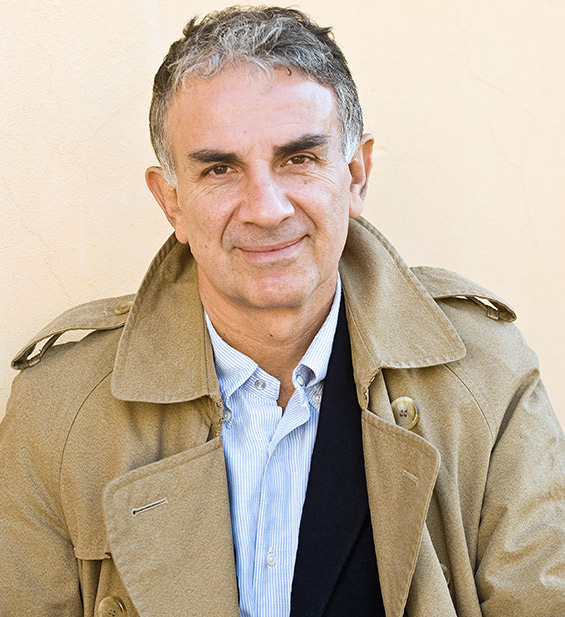 Marathon, his most famous and successful work, has been translated in 17 languages. The script won the Candoni Award in 1992 and was then represented for the first time in Parma in 1993. After that, the play was staged in London (translation by Colin Teevan), Edinburgh, Wellington (NZ), Sydney, Boston (translation by Israel Horowitz), Barcelona, Buenos Aires, Rio De Janeiro, Zagreb, Sofia, Tel-Aviv, Mumbai, Hong Kong and Tokyo.

Erba lists Beckett, Pinter and Borges among his influences. Like his masters, he has creates something that works on both realistic and symbolic levels. (Michel Billington, Guardian)

All the life is in the mind and the reality is wahtever you choose it to be (Sylvie Drake, Los Angeles Times)

It's Kafka! It's Kaka with humor.(Polly Warfield, Drama-Logue)

It recalls the humor of Gogol, with the Charm of Italo Calvino and Fellini. (LA Weekly)

He runs on in your mind long after the finishing line.(The National Business Review, Wellington NZ)